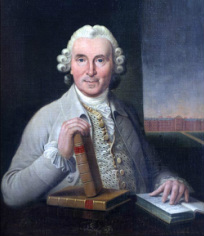 (James Lind Library, Date Unknown)
"A Scottish naval surgeon James Lind, in 1747, discovered that a nutrient (Vitamin C) in citrus foods prevented scurvy. It was re-established by Norwegians, A. Hoist and T. Froelich in 1912. Vitamin C was the first vitamin to be artificially synthesized in 1935."(Mary Bellins, Vitamins, 2014) Vitamin C was first isolated in 1928 by the Hungarian scientist Albert Szent-Györgyi, and synthesized by a Swiss group in 1933. (The Canadian Encyclopedia, 2013)


"James Lind, a British doctor, was the first person to discover that there was a complete connection between the body's diet and scurvy. To prove his point, he gave lemon juice to those who had been diagnosed with scurvy. After multiple doses, the patients were healed! James Lind¹s outstanding discovery on how to treat scurvy based upon dietary additions of citrus fruit, is directly related to the discovery of vitamins. Because of this phenomenal experiment, many sailors adopted a citrus filled diet on their long voyages."(student.depaul.edu,historyofvitaminc, 2014)
(Khan Academy, 2011) 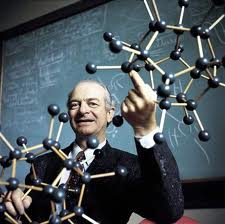 “Vitamin C, found in citrus fruits and green vegetables, is needed to keep the body healthy.” (Saunders, 2008). Linus Pauling discovered that vitamin C, having the ability to cure scurvy, can also help with the common cold. He then theorized that it could be used to treat, and in high enough doses possibly cure, cancer. He himself took extremely high doses of vitamin C to test his theory. Quite a lot of controversy and skeptism rose after these claims (Linus Pauling, 2014), but now “vitamin C is frequently given to patients as a treatment for infections, fatigue, and cancers, including breast cancer” (High-Dose Vitamin C, 2013). We've also realized it is an extremely important part of our diet in order to help prevent scurvy and in stimulating the immune system. (Encyclopedia Britannica, 2014)
﻿
Scurvy ﻿
"Scurvy is an illness caused by a dietary lack of vitamin C (ascorbic acid). The disease has occurred with regular incidence throughout human history and prehistory in populations missing fresh foods, especially vegetables and meat. Shortage in Vitamin C may come with wars and food crisis. Scurvy was a serious problem throughout the entire period of exploration and settlement in Canada. Today, scurvy is uncommon and is usually related to poor attention to diet, or to diets heavily weighted towards a single food low in vitamin C." (Beattie, 2013, The Canadian Encyclopedia)
"Scurvy does not arise in most animals because they can produce their own vitamin C, but humans, other primates, guinea pigs, and a few other species lack an enzyme necessary for such synthesis and must obtain vitamin C through their diet. Vitamin C is common in plant tissues in citrus fruits (oranges, lemons, limes, grapefruits), with particularly high concentrations occurring. Tomatoes, potatoes, cabbages, and green peppers are also good sources of vitamin C." (History Reference Center, 2014)